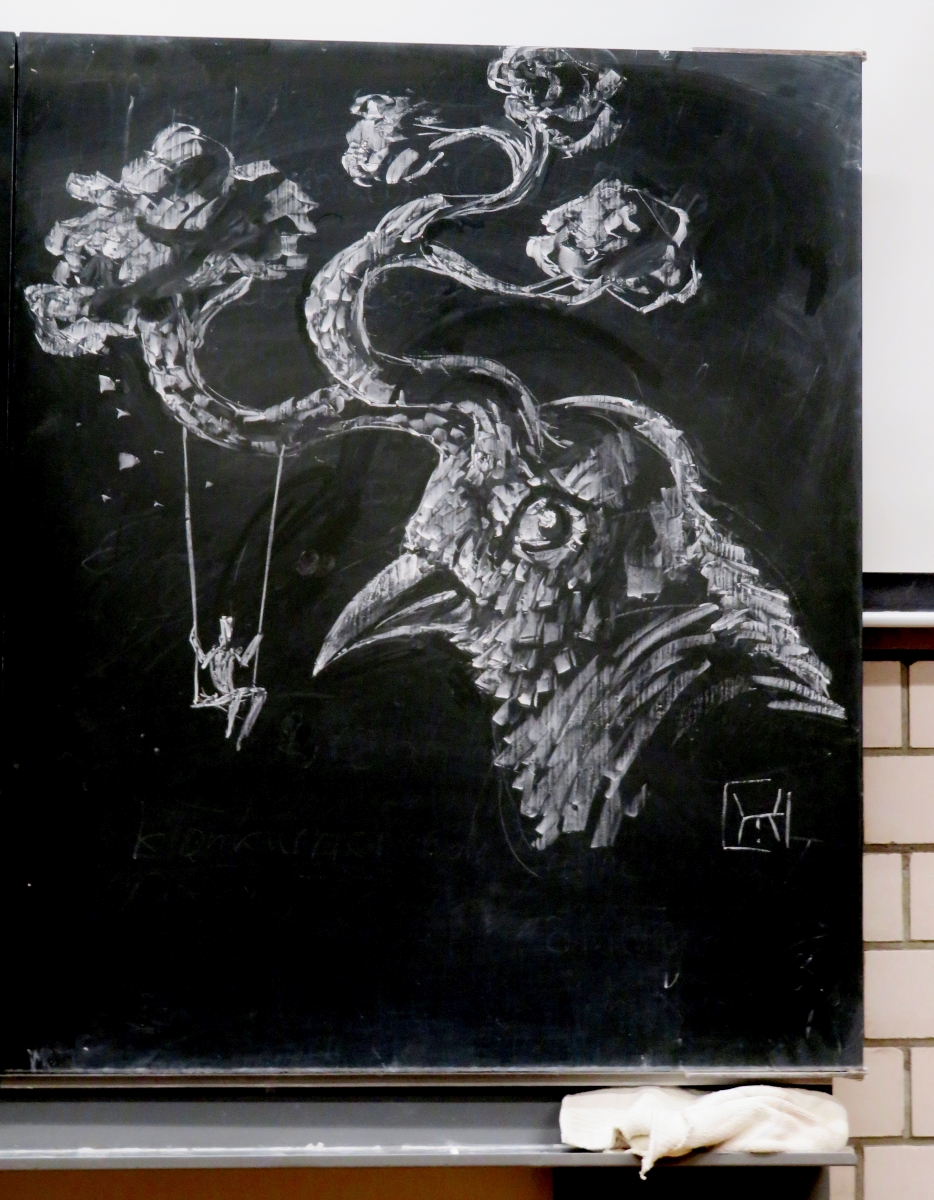 The “Abend der lebenden Dichter” was a reading and music evening organized by Marie K. and Kathrina. Anyone who wanted to could recite their own or external texts and pieces of music there.
The first “Abend der lebenden Dichter” took place in 2017. From then on, there were several sessions per year until the sequence of events was temporarily suspended in 2020 after 10 sessions due to the pandemic. Unfortunately, because of time constraints, the series was never resumed.

Since there were often blackboards in the event rooms, Cuculum drew chalkboard pictures several times as decorations for the evening, of which only a handful of bad photos exist today. Just one of the pictures later served as a model for “Quadrichon”, which was also shown in the exhibition Dreiklang. Of the original “Quadrichon” chalk drawing, only the right side was made by Cuculum, the left one was drawn by a fellow participant. 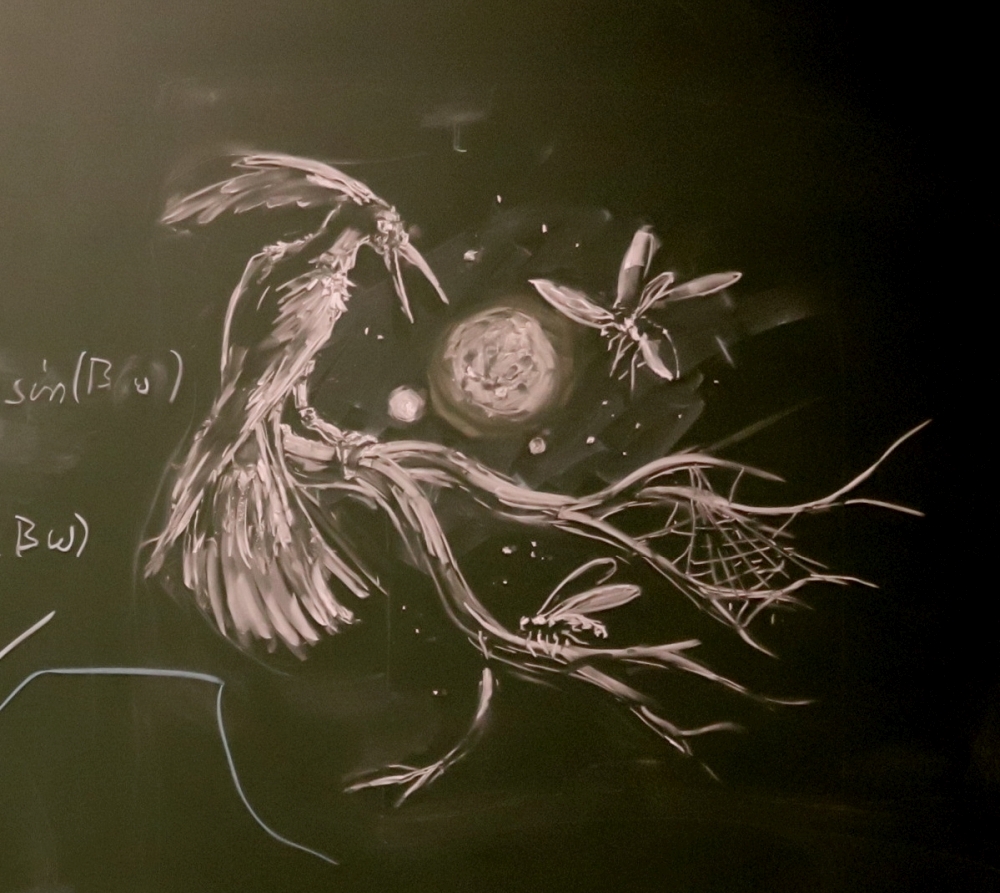